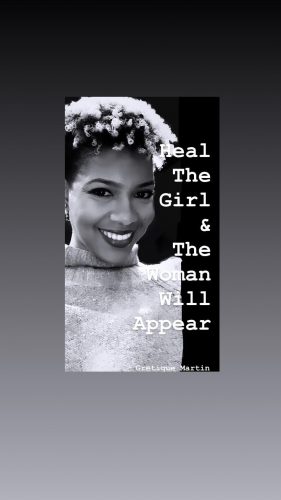 The Necessity of Healing

Healing is the cheat code to happiness.

Doing the work to heal is some of the most important work we will do in our lives. When discussing healing, I feel it becomes something that sounds good in theory but not in practice. It sounds good to say we need to heal but many of us do not understand the importance of healing and how detrimental it can be if we do not take the time to heal properly.

There is a quote that states “If you do not heal what hurt you, you will bleed on people who did not cut you.” This is one of the most important reasons why healing is necessary. A prime example of this is the serial dater. You know, the person who goes from relationship to relationship without ever properly healing from the breakup of the previous relationship and thus uses new people to distract them from their pain rather than dealing with it head on. I know people like that because I was one. I didn’t understand how toxic it was to myself and others to simply drift from person to person and not do the work to become a better version of myself. Because of my reckless behavior when I was younger, I have hurt a few people who did not deserve it as a result of me not operating from a healthy place.

Much of the pain we endure is from past hurt we haven’t gotten over or made peace with. Not releasing that hurt causes the pain to eat you up inside. It is my conjecture that some people who suffer with health problems are in part due to internal pain and past trauma never resolved. We know that stress causes health problems so clinging to the internal pain of life’s journey does not seem too far-fetched.

Not only will this pain destroy you from the inside out, but it will stifle your growth. Many times, we cannot conquer our destiny because we can’t let go and free ourselves of the past. Again, using the example of relationships, all too often, we have encountered people who struggled with a great deal of past pain and carried that baggage into new relationships. In many instances, past hurt wouldn’t enable them the capacity to even be open to a new relationship for fear of history repeating itself. How many of us have passed up on something potentially incredible for fear that it would be more of the same?

This is why the necessity of healing comes is so important. Taking time to address our pain, understand it and thus resolve it is how we move on in life. We must understand that if this deep work is not done, pain then festers into bitterness. We’ve all seen the bitter people. They were hurt most likely at a young age and never healed from it and it in turn became a bitter, cold-hearted person incapable of celebrating other people’s happiness because they relish in misery. Men and women alike who never healed from their issues and as they grew older, their bitter spirit heightens. Not only are they miserable, but it is their objective to make everyone else in their life miserable as well.

So, what does healing look like? Healing requires accountability. While there are things in life that occur totally out of our control, there are events that occur in which we play a role in be it directly or indirectly. In previous relationships that left me heartbroken, I had to look myself in the mirror and take responsibility for my role in the demise of the relationship. I had to acknowledge that ignoring red flags, staying long after the relationship was over, amongst other things was nobody’s fault but my own. That’s the hardest pill to swallow. But once I held myself accountable, I forgave myself and took the lesson from it and moved on. Healing looks like forgiveness. Forgive those that hurt you because they either know not what they do, or they simply do not care. This looks less like letting those who cause hurt off the hook and more like releasing the authority their hurt has on your spirit. Releasing the pain allows you to move on from it. The ability to move on is the ability to make room for better things or people who are on the horizon.

Lastly, healing looks like closure. Closure gives us the ability to leave things or people where they are and move on. As women, we constantly seek closure in a desperate attempt to move on. I have learned that closure should be attained within. Waiting on a person to give us closure ensures we stay in bondage to that person. We give that person the authority to move on when it should ultimately be our own decision not contingent upon someone else giving us permission. A prime example of this is the ever so popular ghosting. For those unaware, ghosting is when a person you are dating or sometimes even in a relationship with disappear without warning or reason. Calls and texts cease. It is literally as it the person has fallen off the face of the earth. This is very disheartening to many women because we simply want the other people to tell us they are no longer interested versus disappearing. When we create our own closure, we understand that such silence says more than talking ever could. Moving on should be inevitable. Unfortunately, when needing closure from someone else in the case of ghosting, it oftentimes isn’t inevitable and if and when the person does resurface full of excuses, we get stuck because while their actions say they lost interest, we hear them say they were going through a rough patch. It never occurs to many that they are terrible communicators and thus not the type of person to build a long, successful life with.

Once we heal, we open the flood gates to a life of endless possibilities. We release the pain of the past and welcome the glory of the future. Healing in my humble opinion, is the cheat code to happiness. Just like happiness is a choice, so is the decision to heal. Choose wisely.