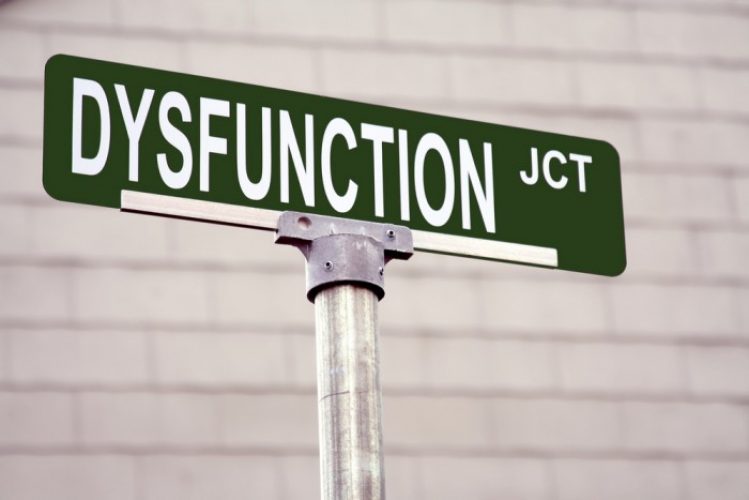 The Normalization of Dysfunction

The Normalization of Dysfunction highlights a few areas in which society has made light of abnormal behaviors.

A lot of what our society has accepted as normal is anything but. Sadly more and more, we continuously normalize dysfunction. Because certain things occur more frequently than they should, the shock value of detrimental life occurrences decreases, and it gets accepted as normal. We then go from the mindset of “that’s horrible” to “that’s life”. Here are 5 areas of dysfunction that have been normalized. Unfortunately, I have dealt with all of these things at some point or another in my life and I too, thought these things were some form or normal.

Verbal abuse is not normal. To some, that statement is self-explanatory, but I promise you there are people who beg to differ. Verbal abuse in a nutshell consists of the denouncing, insulting, and criticizing of someone and has become a normalized act especially as it pertains to relationships be that romantic or otherwise. Another form of verbal abuse is arguing. This comes to a surprise to many. I’ve had a few friends tell me that arguing in a relationship is normal and encouraged. I’ve even been told that if I am not arguing with my significant other, there is something wrong in the relationship. This is learned dysfunctional behavior. I grew up with my mother and stepfather arguing frequently and even as a child, I did not see this as normal and vowed that I would not follow the same path when I got older. Don’t get me wrong, it is nothing wrong with having disagreements. That is perfectly normal but under no circumstance should yelling and screaming at each other be acceptable.

Cheating is not normal. I hate to break it to the many people who have been cheated on so many times, they think everyone does it and that’s just the way it is. It is not! People generally know the difference between right and wrong and therefore know that in Western civilization, cheating is not the norm. I know this because 99.9% of the time, cheating involves lying. If a person is lying about an indiscretion, it is because deep down they know it is wrong and they should not be doing it. They also know that if their significant other knew they were cheating, they would be deeply hurt. When you love someone, you do not intentionally do things that will hurt them. That is not love. That is self-hate and more often than not, people confuse the two. I emphasize the word “people” because I understand thoroughly that both men and women do this and while I feel men and women cheat for different reasons, neither reason is better than the other. But I will save that dialogue for another blog.

Promiscuity is not normal. Living in a society where men are encouraged to soar their oats and women are told “it’s just sex”, “be free”, and “if a man can do it, so can you”, we have all been conditioned to believe we should all engage in a lifestyle that is essentially a massive orgy. This is complete dysfunction. Men, I encourage you to value yourselves more as a man and be more selective. I’ve met men who literally would have intercourse with almost any woman. Sad, but true. Women, I urge you to restrain yourself and control your emotions not letting the sweet nothings men tend to feed us allow you to make life altering decisions that are irreversible. Men and women alike, I challenge you take sex out of the equation and be intentional about getting to know each other. Sleeping with any and everyone is an act of dysfunction that has led to a huge spread of sexually transmitted disease and unwanted pregnancy.

Betrayal is not normal. To some, all of these things are common sense. Close friends and family members discouraging you, lying, talking badly about you behind your back is not normal and should not be acceptable. Many people know someone who does nothing but spread negativity and wishes ill on those they supposedly love. Again, that is not love, that is self-hate. In many female friendships, betrayal may occur frequently, but society has told us “that’s just how women are”. I’ve got news for you. Not it’s not and if that is your reality, create a new one because that’s not okay. We have normalized those around us with a “crabs in a barrel” mentality especially if they are related to us. This, in my opinion, is more dangerous than when a friend or stranger does it because a lot of people are unwilling to cut off family despite how toxic they are.

Last but certainly not least, physical abuse is not normal. Another thing, many may feel is common sense but it’s not. If you are one of those people who know this is not normal, that’s great but understand many people are exposed to dysfunction so early in their life, it’s all they know therefore, making it the norm in their eyes. Women who have endured physical abuse see the abuse as a form of love. I am speaking from personal experience. That is not love. That is more self-hate. Not only is it self-hate but the abuser, be it man or woman is manipulative, controlling, and emotionally unstable. They are unable to control their emotions which causes them to lash out with physical violence. Very abnormal and completely unacceptable.

In conclusion, I encourage everyone reading this who thinks these behaviors are normal to re-assess where that mindset came from. Unlearn that frame of thinking because if not, the next generation will normalize it even more. We have to stop the cycle of normalized dysfunction somewhere. Make the choice to change your mindset. Dare to be different. After you change your mindset and dare to be different, under no circumstances are you to regress back into that state of dysfunction.