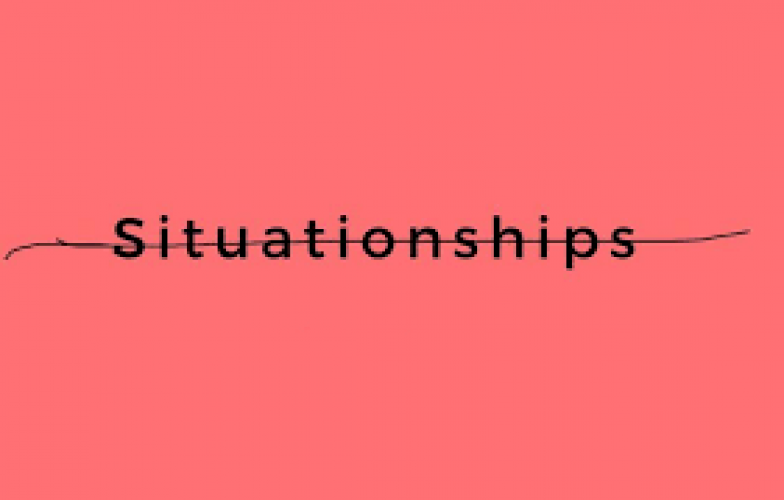 Is your relationship status complicated? If your answer is yes, keep reading and you will see, it's really not.

These complicated non-relationships are started typically by one person. In my experience, it is rare that both parties’ truly consent. In every situationship I have been in, I wanted a relationship and the other person did not and I simply settled. This is true of other’s I have spoken with who found themselves in similar positions. This is not only true of women, as I have heard men (not many but still) state that they ended up in a situationship because the woman they wanted did not desire a relationship with them and they took what was being offered which was non-commitment.

We now have an idea of how situationships are started, now let’s go even deeper. To do so, I think a story-time is warranted. Years ago, I met a man online and we started talking regularly. He stated that he was looking for a relationship as was I. When we met in person, everything continued to get better and it appeared that we were headed for exclusivity. At least that’s what I thought. Things had not even become sexual before he started lacking in consistency. We still spoke and saw each other but less frequently. Still, I could not see past what I wanted so I ignored the red flags. Fast forward a few months down the line and we were now sexual, I stopped dating anyone else I was previously talking to and put my focus into him. We were not by any measurement in a relationship. When I finally asked him about us being exclusive, he stated he was not ready to be in a relationship and that because of the nature of his job, it simply was not feasible. He worked very demanding hours offshore on an oilrig. I accepted this and though there were several instances in which I got fed up, it took approximately two years for me to leave him alone for good. I ended up in a two-year situationship when my desire was a meaningful relationship that would lead to marriage. Go figure!

Let’s take a walk through this to gain a better understanding because I really feel it’s pretty universal for many who find themselves in similar circumstances. I met someone who appeared to be desiring the same thing that I desired. When he started becoming distant and inconsistent, I did not take the hint. For me, this happened before we became sexual but for many it typically happens after. In any event, I then foolishly began treating this complication as if it were a real monogamous relationship. When he no longer expressed the desire for a relationship, I did not take heed to it and move on. I stayed. I stayed and continued to be a devoted woman to a man with no desire to commit to me in hopes that he would recognize what he had and commit to me exclusively someday. So young, so naïve.

This story is becoming more and more common. I’d like to provide a few tips on how this can be prevented:

1.     Be clear in what it is you want and stand firm in it. Ladies and gentlemen, if you desire a relationship and you meet someone who does not, leave. Plain and simple. Do not try to convince them that you are such a great catch and they are missing out. Do not shrink in what it is you want to appease someone else’s desires when you can instead meet someone who wants what you want.

2.     Be aware of the hypocrisy. In the situationship described above, he stated he wanted a relationship but then stated that being in a relationship was not feasible for him. You either want it or you do not. It’s not at all as complicated as we make it out to be. In hindsight, of course I should have left once it was discovered we did not want the same things.

3.     Stop ignoring the red flags. The red flags are ALWAYS there. In the situationship described above, he started off great (which they all do) and then started illustrating his loss of interest. Instead of taking the hint and leaving him alone, I was so attached to how initially interested he was in me, I would not accept when he lost interest.

After this situationship finally ended for good, I did a great amount of soul searching and here is what I discovered about myself at the time of that ordeal. I wanted a relationship but more than that, at that time, I desired companionship more. Instead of understanding that he was unwilling to be in a relationship, I was convinced that he simply was not ready and if I stuck around long enough, he would be. I didn’t want to accept the fact that he just didn’t want to be in a relationship with me. For the woman he really wanted, I am convinced he would have stepped up. Either way, I wasn’t it and I wasted time I cannot get back on someone who did not see my value or worth because I did not see my value or worth.

Another thing I realized is that I did not have clear and concise standards. I accepted whatever showed up instead up standing firm in my standards and only accepting what I deserve. Many people find themselves in situationships out of fear and desperation. Fear that no one will want them, and they will be single forever and desperation due to either being single for a long amount of time or greatly desiring a significant other. To sum it up, people are lonely. Having been experienced this more times than I am proud of, I advise others to open your eyes. Look at what it is and not what you want it to be. Last, but certainly not least, learn from it, forgive yourself, and move on. If not, you will simply encounter more of the same. As the phenomenal Pastor Mike Todd once stated, “The lessons you don’t learn repeat themselves.”